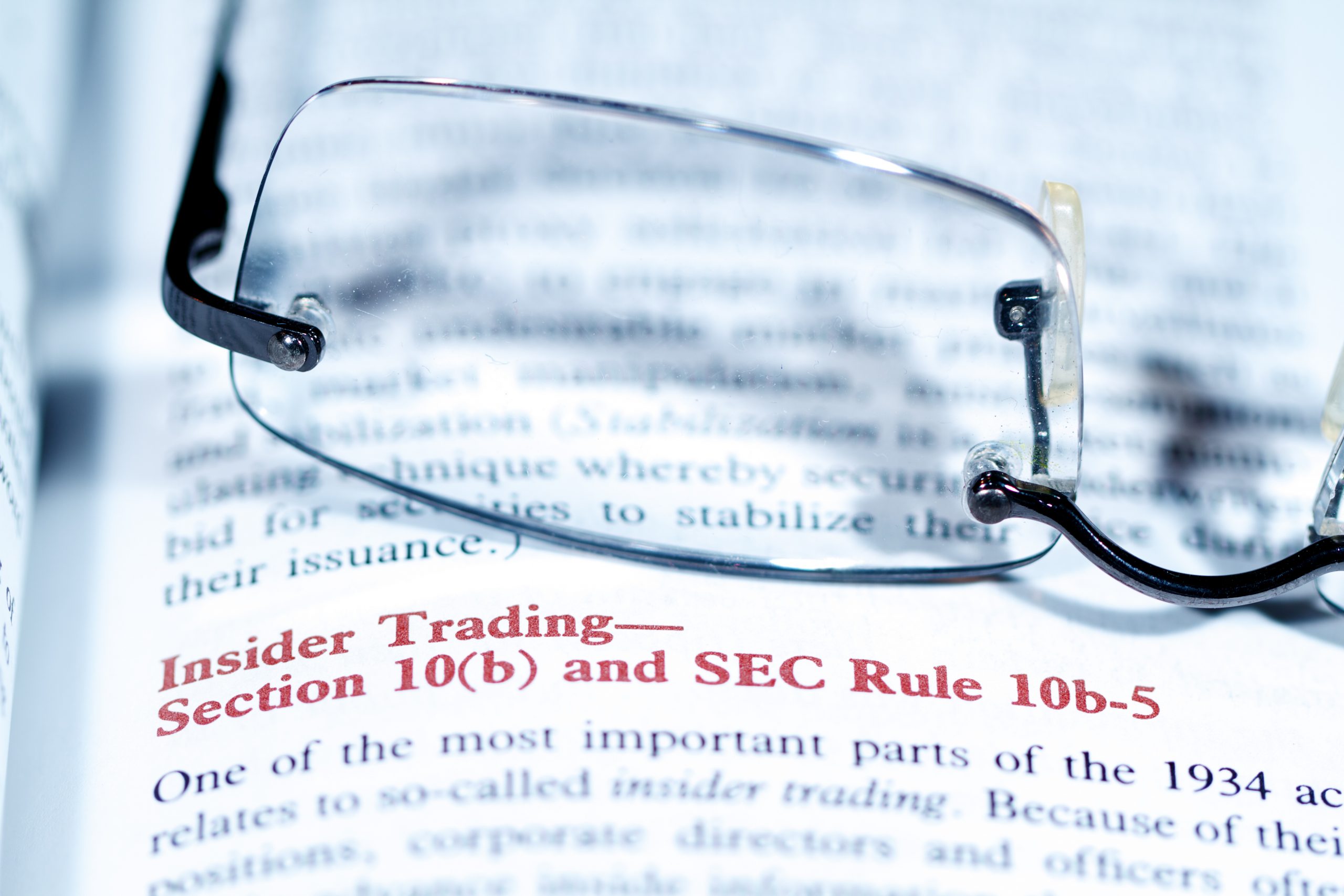 “Many businesses are better off than ever.  Take red ink, for instance: Who doesn’t use it?”

While it may look like a crisis in the global equity markets, some lawmakers’ profits and the timing of the trades involved are raising questions about conflicts of interest and whether these lawmakers profited from trading on non-public information.  The trades at issue resulted in bipartisan calls to investigate what may be insider trading by two lawmakers. The purpose of this article is help you decide and understand some of the hurdles a prosecution for insider trading would face, were the Government to decide to prosecute.  The final answer depends on whether the Securities and Exchange Commission (SEC)  or United States Department of Justice (DOJ) decides to charge them.

On February 13, 2020, Senator Burr, then Chairman of the Senate Intelligence Committee sold off a significant share of his investment portfolio or $1.72m in stocks, including hotel stocks that would subsequently plummet, after receiving briefings on the coronavirus.[i]  On January 24, 2020 and continuing through February 2020,  Sen. Kelly Loeffler, a Republican from Georgia, also sold off stock and made large purchases of a company Citrix, whose shares would subsequently rise as more businesses switched to working remotely due to the Coronavirus[ii].    After executing these trades, each Senator made public statements in the form of written opinions, statements and tweets appearing to downplay the risks of the coronavirus.[iii]  In the case of Senator Burr, in one private event on February 27, 2020, whose roster of attendees included campaign donors who had made contributions of $100,000, Burr made statements that on their face also contradict what the Executive Branch was stating about the seriousness of the virus, “There’s one thing that I can tell you about this: It is much more aggressive in its transmission than anything that we have seen in recent history.  It is probably more akin to the 1918 pandemic.”[iv]

Did these senators engage in insider trading while understating the risks to the public through articles, speeches and twitter?

As I have written in previous articles about insider trading, all market transactions involve a degree of risk. In trading markets as in the law, there is a presumption, albeit rebuttable, that the greater the amount of information a market participant has, the better able the participant is to assume and understand the risk behind a transaction.[v]  Information is presumed to provide an advantage and non-public information that later causes major changes to price, sometimes, asymmetrically so.

Insider trading refers to the purchase or sale of a security, in breach of a fiduciary duty or a relationship of trust and confidence, while in possession of material nonpublic information about that security. Insider trading violations may also involve securities trading by individuals who misappropriate material nonpublic information.   Each part of the foregoing sentences must be proven and we will analyze them below.

The STOCK Act was first proposed in 2005 following investigations by the SEC and the DOJ into then Senate Majority Leader Bill Frist’s  sale of stock in a hospital company, HCA,  founded by his father.   When the 2008 Financial Crisis was unfolding, 34 members (19 Democrats and 15 Republicans) of Congress changed their investment portfolios 166 times in two days after meetings with Treasury Secretary Hank Paulson and Federal Reserve Chairman Ben Bernanke.[vi]  This pattern of trading on non-public information that would affect the trading markets continued throughout the Financial Crisis from its beginning with the fall of Lehman Brothers and continuing through the announcement of the Stimulus Package.  It was the latter conduct that led to the passage of the STOCK Act.   Senator Burr opposed the enactment of the STOCK Act.

Does the law apply to the facts?

To determine if the laws against insider trading apply to the actions of the senators, we must determine what is meant by the term “material, nonpublic information?”

In its simplest terms, under the securities laws, the “nonpublic” component of “material nonpublic information” (MNPI) is information that is unknown to the public and provides an advantage in the market.  The “material” component is information which causes a significant change in price.  Insider trading requires both components, among others, but these are the two material elements for our simplified analysis.

There is no clarification in the legislative history of the STOCK Act about what constitutes “nonpublic” information in the Halls of Congress.  In fact, no one has been prosecuted for this scenario under the STOCK Act before.  Previous prosecutions invoking the STOCK Act had to do with corporate insiders.

Defense teams would argue through expert testimony that the information was in fact public-as so much information about the coronavirus has been available in the public realm through independent media outlets and news sources like Twitter and not exclusively from classified senate briefings.  From the days when the prohibitions against insider trading were written, a lot has changed in how widely information is disseminated and this could be a powerful defense, even if enough to establish reasonable doubt in a criminal prosecution.   Another defense is the testimony of the senators that they did not know that the information they received in congressional briefings would affect the market.  This is a weaker defense.

A third tactic for a putative prosecution would be what is often used as “gotcha cards” as in the case of Martha Stewart, prosecutions based less on insider trading and more on lying to the government, concealment or obstruction of justice.  The success of these strategies are often times significantly influenced by the presence of good defense counsel.

Another possible avenue of prosecution and one that is proving easier for the government is use are the mail and wire fraud statutes, as well as securities fraud under 18 U.S.C. § 1348, enacted as part of the Sarbanes-Oxley Act of 2002-this could be used to prosecute insider trading.  In many cases alleging complex market manipulation, the government has begun to utilize wire and mail fraud, which also have longer statutes of limitation.

In order to help determine what information was in the public domain when the senators made the alleged insider trades, here is a significantly abbreviated but relevant timeline:

Some solutions to prevent lawmakers from profiting from inside information would be to demand that they have all their portfolio assets be placed in a blind trust (and prevent communication between the trustee and the lawmaker), invest in ETFs or Index funds only, or not trade for the duration of their term in public office.  The broader issue with policing insider trading in the Halls of Congress is the need to address the myriad of ways that government officials can parlay their public office for personal gain.  The law is extremely inconsistent if not lacking in policing conflicts of interest in the Legislative Branch.  At times, these conflicts of interest are every bit as egregious as they appear.

A Review of James Darley’s, Rebirth of the Royal Spaniel; The Clumber in the field